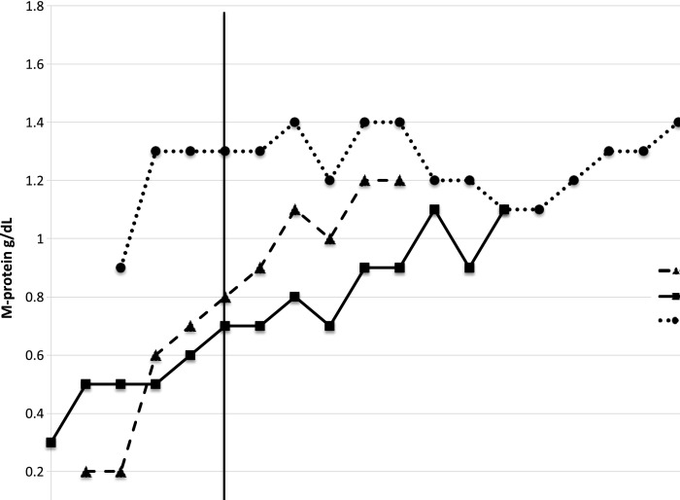 The hepatocyte growth factor/c-MET pathway has been implicated in the pathobiology of multiple myeloma, and c-MET inhibitors induce myeloma cell apoptosis, suggesting that they could be useful clinically. We conducted a phase II study with the c-MET inhibitor tivantinib in patients with relapsed, or relapsed and refractory myeloma whose disease had progressed after one to four prior therapies. Tivantinib, 360 mg orally per dose, was administered twice daily continuously over a 4-week treatment cycle without a cap on the number of allowed cycles, barring undue toxicities or disease progression. Primary objectives were to determine the overall response rate and the toxicities of tivantinib in this patient population. Sixteen patients were enrolled in a two-stage design. Notable grade 3 and 4 hematological adverse events were limited to neutropenia in five and four patients, respectively. Nonhematological adverse events of grade 3 or higher included hypertension (in four patients); syncope, infection, and pain (two each); and fatigue, cough, and pulmonary embolism (one each). Four of 11 evaluable patients (36%) had stable disease as their best response, while the remainder showed disease progression. Overall, tivantinib as a single agent did not show promise for unselected relapsed/refractory myeloma patients. However, the ability to achieve stable disease does suggest that combination regimens incorporating targeted inhibitors in patients with c-MET pathway activation could be of interest.